Royal Mail to be sold

Royal Mail shares are now available for sale either online or through an intermediary or through a paper application pack from the Post Office. Each share is being sold at the price of between 260 pence and 330 pence.

The offer comprises between 401 million (40.1%) and 522 million (52.2.%) shares that will be sold to private investors and the general public under the privatisation proposal. The minimum application for the public wishing to purchase shares will be £750 and £500 for Royal Mail employees.

The government’s holding in Royal Mail is expected to be between approximately 37.8% and 49.9%.

The last day for application is 8 October 2013.

Vince Cable, Business Secretary, said: “Today is an important day in the life of Royal Mail: people can now apply to buy shares in this iconic British brand.”

The privatisation won’t affect the Post Office as it is a separate company.

Why is Royal Mail being privatised?

Royal Mail is in need of private capital to invest in innovation, capture opportunities in new markets and compete with other players. The increase in online shopping means increase in the number of parcel deliveries. Similarly, with the convenience of email, delivery of letters has decreased.

The Communication Workers Union (CWU) represents the non-managerial staff of the Royal Mail.

Billy Hayes, CWU general secretary said, “Royal Mail is profitable and can continue to be successful in the public sector. The sale is driven by political dogma, not economic necessity, and postal workers and the CWU will continue to fight to save services as well as defend their terms and conditions.”

Social networking sites to open up in China

No Facebook. No Twitter. No Google+. These sites were blocked in China since 2009 onwards. But they are coming back soon.

The internet arrived in China in 1994. The Golden Shield Project popularly known as the Great Firewall of China was started in 1998 and began operations in 2003. This project was based on Deng Xiaoping’s saying, “If you open the window to fresh air, you have to expect some flies to blow in.”

China has also blacklisted certain keywords from search engines. These are keywords such as democracy, human rights, dictatorship, communism, communist party, Dalai Lama, Chinese democracy movement, Tibet and so on.

The lift on the social media ban

The South China Morning Post recently reported that the ban on internet access will be lifted. However, this access will be available only within the Shanghai Free-trade Zone. This region is a mere 28 sq-km out of mainland China’s 9.3 million sq.km area.

China undoubtedly is a huge market and has a largest internet population. This move is a part of the economic and financial reforms that the Chinese government is experimenting with.

All over the world, social media is dominated by Facebook and Twitter. However, China has its own networks, which exceed 100 million active users.

Sina Weibo and Tencent Weibo are the Chinese equivalents of Twitter. Weibo means microblog. Qzone is China’s largest social networking site. RenRen, another social networking site has a design that is similar to Facebook. Youku Tudou is a video-sharing site similar to YouTube. Soso is the Google of China and can easily be mistaken for the previous Google China website. Baidu is another popular search engine in China.

Blackberry Messenger is coming to Android and iPhone

Why is BBM coming to Android and iPhone?

The instant messaging feature was the reason why most people ended up buying Blackberry handsets.

Apple and Samsung have emerged as the market leaders in smartphone markets due to its constant innovation and effective marketing strategies. Offering BBM across other platforms broadens the charm of BBM.

“With more than a billion Android, iOS, and BlackBerry smartphones in the market, and no dominant mobile messaging platform, this is absolutely the right time to bring BBM to Android and iPhone customers,” said Andrew Bocking, Executive Vice President for BBM at Blackberry.

Once considered unbeatable and the pioneer in smartphone technology, Blackberry is struggling to stay afloat in the smartphone market.

Blackberry is expected to lay off 4,500 employees, which is around 40% of its workforce.

Blackberry is going to step back from the mainstream consumer market and focus on enterprise devices.

Why BBM is better than Whatsapp?

BBM provides a unique pin which you can give people so that they can add you on BBM. Whatsapp uses phone numbers. Whatsapp users can add phone numbers to groups and through this, user phone numbers are visible to the public and can even be stored. This could lead to potential harassment. If a user changes his phone number, the new user of the phone number can access all the Whatsapp contacts that were used by the previous user.

A BBM user can receive a message only if the receiver has approved them. If the user has been deleted, he needs to send another request until he can continue messaging the receiver.

BBM has the ‘ping’ feature to draw the attention of the receiver.

On 21st and 22nd September many doors in London usually closed, inaccessible or priced will open up their doors to the public for free. This year, there are over 800 buildings open to the public.

What is Open House weekend? 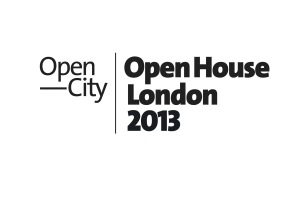 Open House is a not-for-profit organisation that promotes public awareness and awareness and appreciation of building design and architecture. The tours are guided and the guides are volunteers.

“Open House is a unique and vibrant annual event, offering people across London the chance to explore and learn about the capital’s architecture,” said Victoria Thornton, Founding Director of Open City.

Some buildings are booked via ballots while some have to be pre-booked in advance. However, a vast majority of the buildings are on first come first served basis.

People from different parts of the UK and Europe camp around popular sites to as these sites witness serpentine queues. Some of these sites include 30 St Mary Axe also knows as The Gherkin, Tower 42, Bank of England, Battersea Power Station, the Crossrail Liverpool Street Construction Site, City Hall and others.

The theme this year is “Celebrating architecture, people and place”.

The highlights are 10 Downing Street, The View from the Shard, London Eye and Gray’s Inn, the booking of which has been done through a ballot. The Olympic park has also been opened to the public this year.

“Open House London gives people the chance to explore some of London’s most unique and celebrated buildings. As the official residence and office of British Prime Ministers since 1735, Number 10 Downing Street is a truly historic address. I’m delighted to be opening up the famous black door for the first time this year,” said British Prime Minister David Cameron.

Scotland: In or Out?

Exactly a year from today, Scotland will hold a referendum to decide its independence from the United Kingdom.

The question to be asked at the referendum will be “Should Scotland be an independent country?”

An agreement was signed on 15 October 2012 by David Cameron, the British Prime Minister and Alex Salmond, the First Minister of Scotland. This agreement provides the legal framework for the referendum.

The referendum bill setting out the arrangements was put forward on 21 March 2013.

Who gets to vote?

Eligibility to vote will also include members of the armed forces serving overseas who are registered to vote in Scotland.

What happens after Scotland gets a “Yes” vote?

If Scotland gets a “Yes” vote, the Scottish “Independence Day” will be in March 2016 just before the start of the May 2016 Scottish election campaign. Scotland will get its own written constitution.

Scotland will retain cultural ties with the UK and will join the Commonwealth of Nations, the European Union and the NATO. The British monarch will be the ceremonial Head of State in Scotland as is the case with Australia, Canada and New Zealand.

Scotland will continue to retain the pound sterling currency.

The Scottish National Party objects to having nuclear weapons on Scottish territory. However, Scotland will inherit the naval base of Faslane in the Firth of Clyde and the Trident Nuclear Missile System at Coulport.

Opinion polls have indicated that Scotland would perform better economically as an independent state. The public spending in Scotland is higher than England but Scotland also produces higher tax revenue compared to the UK average mainly due to production of oil from the North Sea.

The research paper Scotland Analysis: Macroeconomic and fiscal performance states that Scotland’s economic performance is stronger because it forms a part of the UK.

If Scotland becomes independent, a proportion of the UK national debt will be inherited, thereby starting a new nation with existing debt.

Reasons not to upgrade to iOS 7 immediately

In a few hours, iOS 7 will be available for upgrade. Here are some of the reasons to wait 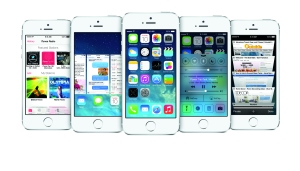 When a new upgrade is available, expect a few bugs and flaws. These bugs will be ironed out after the initial release. Apple releases updates regularly to fix bugs so it is worth waiting for stable software while Apple fixes its flaws.

2.    Downgrading may not be possible

As with all iOS updates, downgrading is not possible. Considering the hype surrounded by the iOS 7, may be this upgrade is here to stay

3.    Some apps may not be compatible immediately

Developers had access to iOS 7 much earlier so that they could work on updates for their apps. However, as much as iOS 7 is ready for launch, not all apps have their updates ready for launch. Hence, all your apps would not work the way they used to work before.

4.    You will lose your jailbreak

If your device is jailbroken on iOS 6, then the jailbreak for iOS 7 may not be available instantly.

5.    Your older device may not be compatible

iOS 7 will be compatible with the iPhone 4 and above, iPad 2 and above and the fifth generation of the iPod touch.

At the moment, developer reviews are available but it would be wise to wait for user reviews before updating.

If you plan to upgrade to iOS 7, please backup your data using iCloud or iTunes. While installing any major software update, you run the risk of losing data.

Delete any unused apps and make space for the new update

World-record signing Gareth Bale made his debut for Real Madrid on Saturday at a La Liga against Villarreal at El Madrigal. He scored a goal at the 38th minute. The match ended in a 2-2 draw.

On 1 September 2013, Welsh footballer Gareth Bale signed a world record deal of £85.3m in a transfer from Tottenham Hotspur to Real Madrid. He is the thirteenth British footballer to join Real Madrid.

Through this deal, Bale replaced Cristiano Ronaldo as the world’s most expensive player. Real Madrid bought Ronaldo in 2009 from Manchester United for £80m.

In 2006, Bale was the second youngest player after Theo Walcott to play for Southampton. He joined Tottenham Hotspur as a left-back for £10m from Southampton in 2007 and later became a left-winger. He spent 6 years playing for the Spurs.

Real Madrid has a record of paying the highest transfer fees. In addition to breaking records with Gareth Bale and Cristiano Ronaldo’s transfer fees, other records include Kaká from A. C. Milan for £56m in 2009, Zinedine Zidane from Juventus for £46.6m in 2001 and Luís Figo from Barcelona for £37m in 2000.

Real Madrid is the world’s richest football club in terms of revenue with turnover of €512.6m.