Chronicles of a Story Teller

As Russi M Lala, veteran journalist and author walks into the Princess Victoria Memorial Gymkhana near Churchgate, delighted cries of “Russi, Russi” greet him from all sides.

People walk up to him and shake his hand. He answers them all with an old-world friendly formality that seems to be characteristic of him.

It is difficult to associate this lively 78-year-old with age or disease. And yet for Lala, his battle with cancer has been the turning point in his life. “I was in the lift one day, when I felt the lump on my neck,” he says. Lala was diagnosed with Non-Hodgkin’s lymphoma, but he was not disheartened. JRD Tata, whose biography has been written by Lala, was the person who sent him abroad for treatment. “My confidence stemmed from my ignorance,” he recalls. “I was so stupid and busy that I did not realise the gravity of the situation. But when the treatment started, it was horrible.” Lala gives credit to Freny, his wife, for having been his strength and support during those trying times. To this day, the love and affection that he feels for her is visible. He revels in pampering her and being attentive to her every need.

“When cancer strikes, your approach to life and your own personality come alive. You focus on what you are within yourself,” he says. “The disease was an interruption in the busy hum of my life.” His positive attitude not only got him through the ordeal of the disease, but also inspired others around him.

Vandana Gupta, another cancer patient, who met Lala during the course of her treatment, had completely lost hope in life. Her conversations with Lala gave her back her zest for life and she went on to start a support group for cancer patients called ‘V Care’. Lala later wrote Celebration of the Cells, which is a book about his battle with the disease. The book is in the form of letters to Vandana Gupta. However, the book that he is best known for is Beyond the Last Blue Mountain — The Life of JRD Tata.

Lala considers himself quite fortunate for having got the opportunity to interact with JRD, and he is obviously very influenced by him. “He was a great human being. To have known him and been with him was a source of refinement,” Lala says. He recounts how while working on the biography, he had told JRD, “I am neither going to call you good nor great. Let the reader judge,” to which JRD responded with “That is as it should be”.

Lala started his career as a journalist with newspapers like the March and the Current in 1948 at the age of 19. “At that time, there was hardly any competition and very little advertising. We refused to print cigarette and liquor ads,” Lala observes. He has seen the field grow over the years and feels that journalism today is lighter and more interesting. He became the manager of the first Indian publishing house in London, the Asia Publishing House, and by 1964, he had co-founded the Himmat Weekly with Rajmohan Gandhi. “I was the only investigative journalist then,” he says.

His work in the Himmat Weekly was highly appreciated by the then director of the Tata Company, SA Sabavala, who invited Lala to write about the Tatas. This marked the beginning of his association with the company. Lala liked meeting people. “As an editor, I would meet people very often, but now, I am unable to go out frequently due to old age and illness,” he says. He wrote about 26 personalities, whom he had met during the course of his life and career in his second book, titled, Touch of Greatness: Encounters with the Eminent. Vinoba Bhave, Mother Teresa, Dalai Lama, Jayprakash Narayan and many others he met have inspired him.

Once with the Tata company, he served as director of Sir Dorabji Tata Trust for almost 18 years. He helped in setting up the JRD Tata Centre of Ecotechnology in Chennai and the Sir Dorabji Tata Centre for Research in Tropical Diseases. At present, he is the Chairman of the Centre for Advancement in Philanthropy in Mumbai, an organisation that assists other philanthropic institutions by advising them on various issues like legal matters, fund raising and so on. Currently, he is working on his next book, The Role of Purpose in Life.

His encounter with cancer led to the renewal of his faith in God. “When I was undergoing the last radiation, I suddenly realised that there is nothing more important than God. That moment of realisation has been the most important in my life,” he says. Today, Lala begins each day in solitude to strengthen his faith. Lala advises, “Live each day as if it were your last. You will then have no regrets, no enemies — only peace of mind.”

Maria D’Souza, a resident of Bandra retired from St. Stanislaus High School in May 2008 after completing a fruitful teaching career of 21 years. 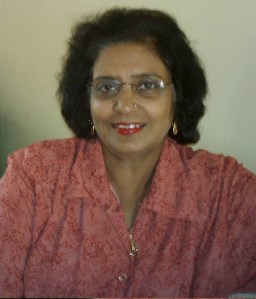 Post retirement, life could not get any better for this teacher who taught English and History to students of Std. 10th in addition to music and drama to students of St. Stanislaus High School in Bandra. D’Souza joined the Bandra based NGO Aseema that is an educational centre for street and underprivileged children as an education officer. D’Souza now teaches at the Pali Chimbai Municipal School that was adopted by Aseema in 2001. In addition, she also oversees the administration of the school that currently has 426 students. The Pali Chimbai Municpal School was earlier a Marathi medium school but when English medium education became the need of the hour, many students dropped out. The school now offers education till Std. 7th with English as the medium of instruction. D’Souza now teaches English, History and Geography to the students.

“Teaching at Pali Chimbai Municipal School is a big challenge in itself. The students here are first generation learners of English and their parents don’t have a concept of education whereas St. Stanislaus was a mainstream English medium school with students who were smart and affluent and could grasp easily,” says D’Souza.

After the students complete Std. 7th, they move to the Santacruz Municipal School, another school adopted by Aseema that is located at Santacruz and offers English medium education from Std. 8th to Std. 10th.

Maria D’Souza has been associated with Assema since 1998. She used to conduct social service activities in St. Stanislaus. Post school hours in St. Stanislaus, D’Souza along with the social service students used to tutor the underprivileged students. “I feel very happy now. I now feel I should have done this long back and not waited for so long till I retire. But it is human nature to stay back for material things like pension and provident fund,” she adds.

D’Souza lives with her husband and sons at Mount Mary’s Road in Bandra. She is also an active member of the Mount Mary Road Advanced Locality Management (ALM).

Even though the children come from humble backgrounds, the quality of education they receive is not compromised upon. “Most of the students don’t understand what the teacher is teaching them. Hence, we use teaching aids like charts, slides and movies wherever possible. Recently, we conducted out first practical lesson on democracy by conducting elections for the class monitor through secret ballot,” informs D’Souza.

Aseema has several other volunteers who teach the underprivileged students. Most of the volunteers are school students who study in the International Baccalaureate board of education. These student volunteers donate their old reference books to the Pali Chimbai Municipal School Library for the use of the students.

“I find immense satisfaction in teaching these underprivileged children. Even though they are weak and backward in studies, they are very loving, affectionate and ready to learn. Even though they don’t pay high fees, they still know and appreciate the value of education. For these students, their teacher means everything to them,” says D’Souza.